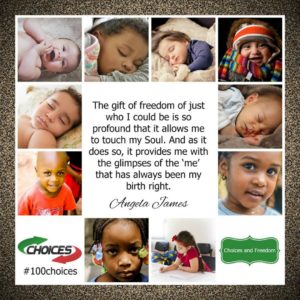 Growth brings about fear and almost every time I have been confronted with the need for change and growth, that fear in my experience has been palpable. It is a fear that I have learned sits in the letting go of old parts of me and my ego that no longer serves me or serves others. My ego craves the safety and structures that have previously provided me with a space and place in which to hide. And yet, they have been the very things that have held me back from growing into newer and more evolved forms of me.

There is comfort in the old, it is known and familiar even when it is confining and restricting. The alternative – a vision of who I could be and to get from where I am to where I could be requires that I venture into the unknown and for most that is a scary place to be. There, in this new territory, there are no rules that are familiar, there appears to be little or no safety and in venturing into the unchartered waters of the unknown. My typical response to this tangible, very real perceived threat to the pseudo comfort of my ego raises my defence mechanisms and all manner of justification found in the need to be right within my current indoctrinated version of me.

Indoctrinated? For sure, for this is the ‘me’ based on external, public opinion, that I have donned and chosen to adopt in the hope that in so conforming to who I thought others, the world, wanted me to be, I would be liked, accepted, and loved. It is the ‘me’ that responded to my need for external validation from others, it is the ‘me’ that lived outside –in and not from the perspective of serving others. This outside-in me, moulded me around what others thought of me; how I perceived them to be judging me; it fostered currying favour and cultivated the co-dependent and people pleasing me. And whilst it did serve me in a manner that allowed me to blame, to project, to defend, this version of me kept me from seeing, from recognising that in so living, I had betrayed me, for, in choosing to live in this manner, I had relinquished my freedom, that ultimate freedom to be found from living from my truth, my inner core of the authentic expression of the truest version of the ‘me’ I can be.

It is scary to let go, massively so. For in letting go everything that was familiar is no more. It started with decluttering my external world. Letting go of attachment to belongings, to my personal space, streamlining the manner in which I lived, moved and engaged; to relationships that no longer served me – mine with others, them with me and me with me. The experience was reminiscent of being in the wilderness, alone, isolated and confronted with me for once the vacuum that resulted from this letting go made its presence felt, all that was left, was me.

It was there that I discovered another form of letting go – another whole layer of decluttering – of discovering my part in how my internal world had manifested my external world. In this wilderness, reminiscent of a vision quest and any other number of spiritual practices, I came face to face with me and had no alternative but to examine my choices and my part in having created a world that had been of my own making.

And it was here that the real decluttering took place. It was here that the space and time opened up that incredible place of seeing ‘me’. Here in truth I was confronted with my part in how I had constructed my world; how the internal beliefs that I had cultivated, nurtured, used to justify any and all manner of what I had thought others had done to and for me were stripped away and I was left standing in the naked truth of the fact that I, through my choices, had created my own reality. No one and I mean no one was responsible for where I had journeyed to other than me. It was here that the inside work that needed to be done to prepare me to live my life from the inside of my inner core of truth – outwardly was being rebirthed, renewed and reclaimed.

Decluttering my thoughts, my emotions, my beliefs, old opinions, the need to be right based on crystallised thinking of old versions of me, that like cassette tapes of old, had outworn their usefulness. My need to defend this version of me was being over ridden by a stronger call that was growing ever louder. That call of my Soul, of the Higher version of Me was making its presence felt from deep within my heart. That call to be authentic, to live my truth, was what had brought me literally to my knees. It forced me to truly see the excuses, the justifications, the convenience in shifting responsibility to others to ensure my happiness and the validation of me to belong as a part of something bigger than me. All of this had become a prison of my own making, and in reaching the wilderness within this prison, I was being called to break free from the limiting self-beliefs, those constrictions that I had placed about myself that had me being small, living small and engaging small.

In the wilderness, I discovered that not only was I afraid of what I had to let go, I was terrified of the enormous power of just who I could be and it was also this terror that I had allowed me to dictate to  me to play and live small.

In the wilderness, I also discovered the hidden gifts that were being released as a result of decluttering me. The gift of faith that came from surrender brought about an even more precious gift and that is the gift of freedom of just who I could be. This freedom is so profound that it allows me to touch my Soul, it provides me with the glimpses of the ‘me’ that is my birth right. This freedom is not bestowed upon me by the political system in which I live, the economic system of which I am a part, the family that raised me, the culture, customs, traditions that moulded me. This freedom is not granted to me by all the externals to whom I gave my power. I have learned that it is a freedom that has been bestowed upon me by a power far greater than me – a God given power that lay buried deep within the inner most recesses of my heart.

This freedom is like a hologram that contains within it other gifts – that of courage, of faith, of love, of laughter and the exuberance to be found in the sheer joy of being fully alive, of the exhilaration of being free from the attachment of all the clutter of the old, of the noise. It is a freedom of peace, serenity and tranquillity. It is a freedom found in truly honouring me in my truth. And as I am able to do so for me, I am able to serve and do so for you.

So this Freedom day, I invite you too to free yourself from all that holds you back from being the Highest version of yourself, because God knows, the world, your world needs this version of you. 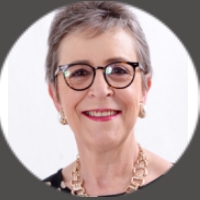